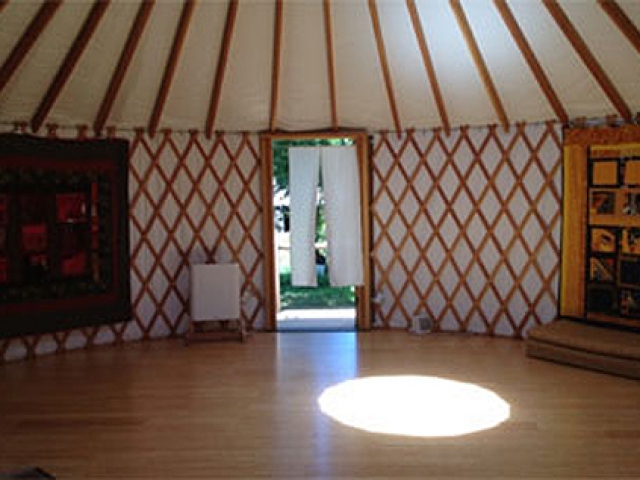 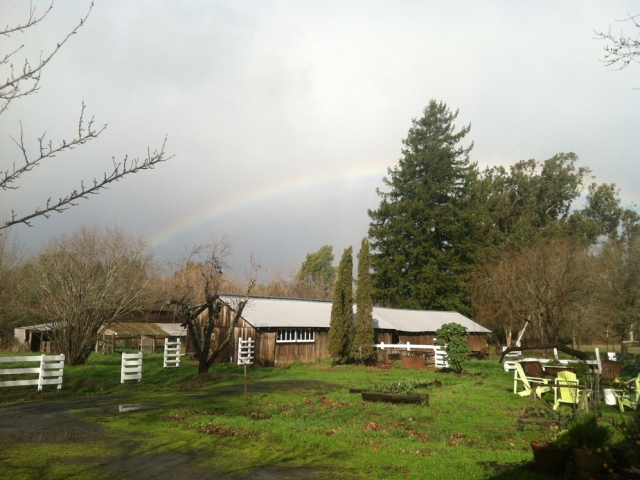 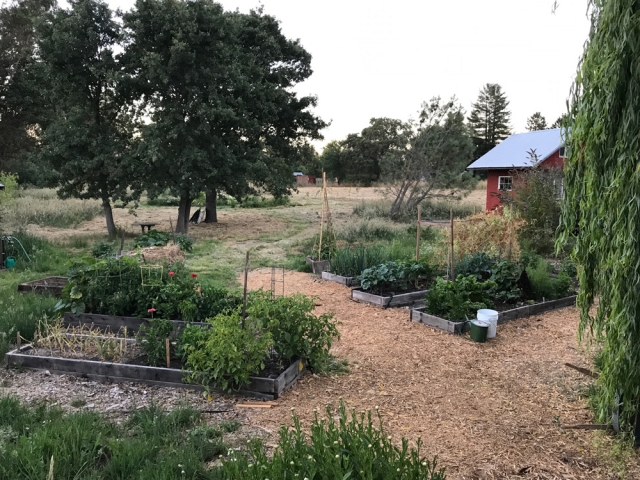 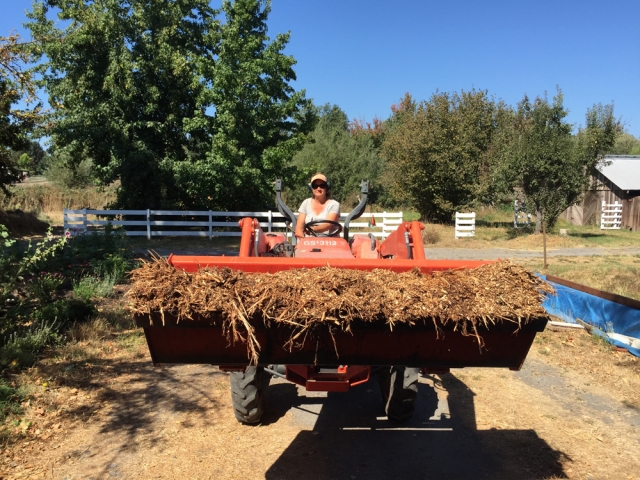 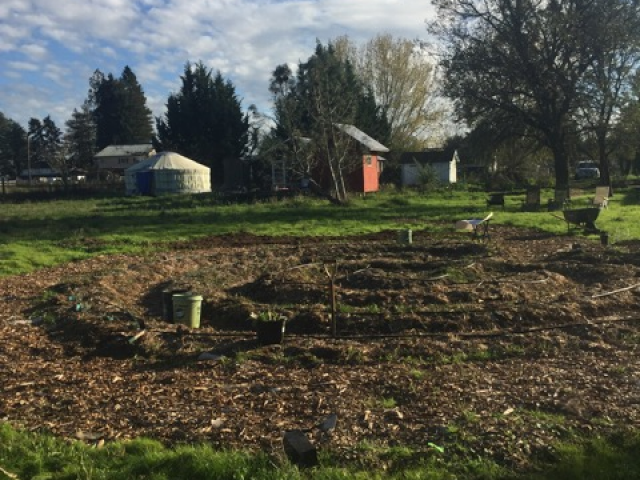 In the early Spring of 2016, just months after the death of her husband, Carolyn North (nee Cooper) had the opportunity to realize a longtime dream of buying a small farm and donating it to the Public Trust as a way of challenging the assumptions of the private ownership of land. She felt that the earth was not ours to own and use for personal profit, and making this purchase was a way to make this point.

When a small farm came up for sale on Cooper Road (no relation) in Sebastopol, California she figured the name connection was a sign that her old dream was about to become real, so she took the plunge and made an offer.

It happened at the time that, as affordable rentals in the area were becoming harder and harder to find, and four of her friends in the area had just lost their housing when their landlords decided to take advantage of the rising market and sell, that it was time for her to make a move!
Thus was the little community at 1809 Cooper Road started with its first 4 full-time residents: Darryl Berlin, Sara MacCamant, Dan Harrison and Eden Trenor with Carolyn coming and going from her home in Berkeley.

In less than 3 years gardens were planted; a new irrigation system was installed; an orchard was started as well as a labyrinth planted with medicinal herbs; a large yurt for community gatherings was added and weekly dinner/meetings for the residents were established.
The land is on 3-acres of floodplain of the Laguna Santa Rosa, bordered on one side by a creek, on a dead-end lane and surrounded by 2 farms and within walking distance of the town of Sebastopol. It has a 3-bedroom farmhouse; a 2-bedroom studio building; a big barn as well as 2 yurts and a solar array on the barn. More housing is planned for the future.

For 2 years the residents explored ways of giving over the land to a Trust, finally deciding to become a Community Land Trust, assuring both protection of the land itself, and affordable housing in what would hopefully become a consortium of CLT properties.

A volunteer task force of 5 people met every other week for 2 years to work out the details – Darryl Berlin, Cassandra Ferrera, Katherine Yates, Jerry Green and Carolyn North – and in December of 2017 the Deed was transferred to the CommonSpace Community Land Trust!

The Deed Done, we look forward to the future!

Inspired by the CLT communities on Lopez Island, WA and in the Bay Area, one of us purchased and donated a 3-acre property with farmhouse near Sebastopol, California with the intention of modeling an innovative life-style not dependent on owning land. Our vision is of many small household communities joining together in an extended network of such mutually dependent communities.